The Biggest House in Bloxburg

In Bloxburg, you are able to build and decorate your own house. This activity is one of the most amazing thing that you can do in Bloxburg. If you want to build a house in Bloxburg, there will be a Build Mode which is a catalog containing of furniture and house amenities. You are able to enter it by clicking your mailbox and then click Build Mode button.

Same as in our real life, house in Bloxburg is also important for living. Even a lot of Bloxburg players use their plots not only for houses but also for restaurants, farms, hotels, small towns and villages and more. In Bloxburg, there is a building system where you will be permitted to place walls, windows, vehicles, furniture and more on your plot. By this system, you are able to make your own unique and original house. Plots in Bloxburg are two. The first one is a house plot which has 30 x 30 (900 units) and the second one is the house plot with the Large Plot gamepass which is 50 x 50 (2500 units). 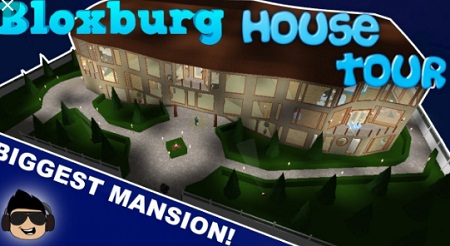 In Bloxburg, you will find some prebuilt houses. One of them is The Bloxington Mansion. This house can be said as the biggest prebuilt house and also the most expensive prebuilt house in this game. This house is the only prebuilt house which has an outer wall, it can boasts an awesome amount of rooms. The cost of it is $200,000 and the model of the house is like a villas that you likely find in California, Spain or Italy.

Now, you are probably looking for some inspiration for building a big house and you want to know about the biggest house in Bloxburg. You can try to watch some videos in Youtube about it. If you want videos, you can see the designs of the house so that you can be inspired by them.

One of the videos that you can watch about the biggest house in Bloxburg is a video of Avinash – Roblox entitled [Old] Bloxburg Biggest Mansion Tour | Roblox which was published on August 31st, 2017. In the video you can see that the house is very big. Even the garden is very wide with some trees in it and also garden lamps around the house. Then, he enter to the house where there is a table in the center of the front part of the house. Then, he goes to the garage part where there are some vehicles there.

Then, he goes to kitchen where there are a lot of food. There is also a music room with some instruments there, a store room, a bathroom which is very wide, a living room and even there is a disco room. Usually a big house like this has a lot of rooms and even there are some rooms which cannot be found in a common house. Some rooms which are not common are disco room, museum, music room, meeting room, gallery and many more. So, if you want to build a big house, these uncommon rooms can be added to your house to make it more useful and luxurious.

Leave a reply "The Biggest House in Bloxburg" Cancel reply