Roblox offers tons of games for you to play. Each of them is different. One of the most favorite is the simulator games. Among these simulator games, there is one called Mugshot Simulator. Do you want to know more about this game? Keep reading until you read the last sentence.

Roblox Mugshot Simulator refers to the name of the game created and developed by RealExoctic on August 16, 2020. Since the first time its release, it has gained a total of 2.5M visits and 67,069 favorites. You can tell that it is one of the most popular simulator games on the platform by seeing the stat. 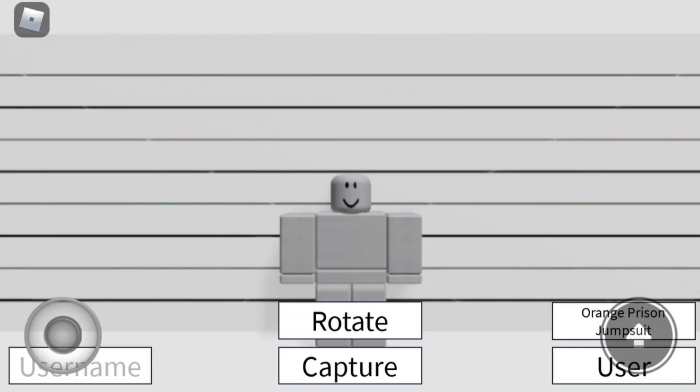 There are three versions of Roblox Mugshot Simulator. The first one is called Version 1.0.1. This version allows you to set a custom ID for the image as long as you have the gamepass. In this version, there is also a button called Rotate. With it that is located above the Capture button, you will be able to rotate the Dummy.

The second one is 1.0.2. This one includes new jumpsuits and custom ID gamepass bug fix. Apparently, the jumpsuits have been updated to a higher res version. The developer has fixed the minor bug that caused the Id TextLabel to be nothing.

The third version of the game is known as Mugshot Simulator v1.0.3. This one is the newest one that was created in early April this year, on April 2, 2021 for the exact. It currently has 294 favorites and 9.829 visits. This new version includes future lighting, improved GUI, GUI toggle, and new codebase.

If you are already curious and you are interested in Mugshot Simulator by just reading the information above, it might be a sign for you to play the game now. Then, how to play the game?

Playing Mugshot Simulator on Roblox is actually easy. The first thing that you need to do is to enter the username or a friend or someone else’s on the Username text box. In the next step, select how they look on the right side of the screen. The last thing that should be done is to hit the Capture button. It is as easy as that.

For more information about Roblox Mugshot Simulator, it is better for you to play the game on Roblox now and find out about it by yourself. In case there are some questions to ask, you might want to try to address these to the creator and the developer of the game. Apart from it, joining the community or forum related to Roblox Mugshot Simulator or Roblox in general is recommended. By joining this kind of place, you will be able to exchange the information about the thing that you put the interest on with the other ones with the same interest.

In the world of Roblox, a simulator is known as the kind of game on the platform that looks like real life. Basically, this kind of game imitates the action, the situation, or the object that exists in real life. Most of them require you as the player to either click, tap, or hold something for more than once or ask you to head over to a specific object in order to get some items in the game to get the maximum that you can hold. Furthermore, you have a chance to convert the items that you have obtained into the currency used in the game, which later can be used to improve or to buy something. In some of these games, there are also some different skins to purchase. Most of them are usually created for the aesthetic purpose only, but some others are also able to be used to boost something.

There are tons of simulator games in Roblox. Below are some of the most popular ones:

Which simulator game among the list that you want to play? Before playing any, you are encouraged to dig deeper about these games so it will be easier for you when you have time to play these. Collecting knowledge about something new is always recommended to prevent the awkward phase.

Pet Simulator was created by the creator called BIG Games Simulators. In this game, you have an option to start off with the option of either a cat or a dog. Once you have made a decision about the pet you want to play, you can collect the coins and chests scattered across the whole map. With every coin collected, you are able to either purchase the new areas to venture or purchase the new eggs to get more pets for trading or collecting.

In Pet Simulator Roblox, the eggs are the ones to get pets. Not only containing the pets, they also serve as a little reward for the game. There is a certain list of pets that can be obtained from it of every tier of eggs. The rareness of the pets is different in every tier. Basically, you will get better pets with the higher tier. Some pets are considered as the rare ones and it will take more time to get them. In the game, you have a chance to equip 4 pets from 35 pets and every pet has its power and coin collection. For Instance, if you purchase 8 pets equipped gamepass, you are able to equip 8 pets one and if you purchase the Infinite Equipped gamepass, you will be able to equip the infinite amount of pets with no limit. With the Pet Cloner gamepass, you will be able to get 3 pets from 1 egg.