For those who play games on Roblox and are wondering where is the Roblox /me command gone, here is the explanation about it for you. Please read every single thing to understand the whole issue.

Apparently, Roblox /me command want not removed, it is simply off by default. As Roblox continue to remove the bad actors from the platform, they also look for ways to make sure a safe, fun environment on the platform. The thing came out to the attention that the /me command in the chat was being used to send fake system messages. After polling Roblox developers, they found that almost all developers felt that the feature was being misused and the negatives out weighed the benefits. 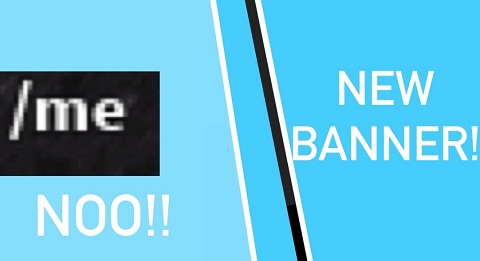 Actually, the /me command was previously turned on by default. They have now set this to be off by default. They have not removed it completely, so a developer who feels this one is important for the game, are able to turn it back on. please take a note that you may see bad actors using this to send fake system messages to the players, so proceed with caution.

If you want to turn the thing called /me command back on in the game, you are able to do this in ChatSettings lua. The first thing that you have to do is to run play solo. Then, copy ClientChatModules. The next thing that you have t do is to stop the game. after that, paste ClientChatModules into “Chat”. In the ChatSettings.lua, please change AlloweMeCommand to true.

Do not forget that if you have previously forked in game chat, you may want to check to see if /me command is still working in the game. All that you have to do is to follow all the steps above and set AllowMeCommand to false in order to turn it off.

In the past, there were some threads about the thing called /me command. The Roblox developer was having difficult time to create a safe environment for the players due to the implementation of the /me chat command, which was formatted in such a way that allowed it to be manipulated to trick the other users. Some of the possible solutions of the issue included removing the feature that would make the most sense due to the fact it had not practical use, disabling the feature by default, and modifying the format to appear less like a “system message”. Actually, it could be argued that the user who fell for the obvious bait is at fault, that was no doubt the case, however, the feature was a possible phishing or trolling vector that served no legitimate purpose, and was being taken advantage of in multiple games.

In conclusion, Roblox /me command want not removed, it is simply off by default. For further information about this feature, it is better for you to visit the official website of Roblox, visit the site like Wiki, and join the community of Roblox.