How to Do Silent Commands on Roblox

Before we go to the steps to do silent commands on Roblox, do you know what command on Roblox is? In Roblox, command is a script which will be able to permit you to perform certain actions in a game by using commands which usually given through the chat or through a GUI text box. Command scripts usually will accept commands which will be separated from each others and from the command by using a separator character. The most common separators are ‘/’ and space. However, some command scripts also demand commands to be prefixed by a symbol such as the exclamation mark to differentiate commands from normal chat. 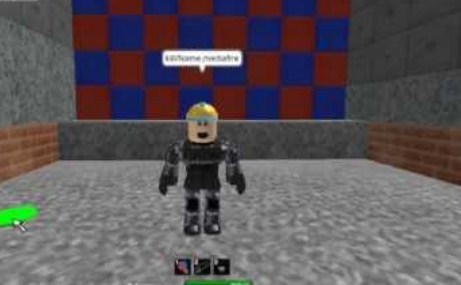 In the video of CriShoux entitled How To Do Silent Admin Commands Roblox which was uploaded on January 25th, 2017, he shows the way to do silent admin commands in Roblox chat. For example when he wants to kill the avatar, he enter the command /e : kill all and then his avatar is broken and the command does not appear in the chat room. So, you can do silent command on Roblox by using /e :YourWords. He claims that this can work with any admin. So, the first thing that you have to do is to figure out what your admin prefix is. A prefix is the symbol that starts off your command. For example the prefix is ‘:’ but it could be ‘;’ or ‘/’ or many other things.

/e :this is my silent command lolololo it doesn’t show up in the chat lolo

You are able to see that what he types in the chat does not show up in the chat since he uses the method.

Related Post "How to Do Silent Commands on Roblox"