Roblox Domino Crown is the name of the crown series consists of the special crown hats thata re among the most expensive and popular items on the platform, alongside with the Domini, Sparkle Time Fedoras and the Federation Crowns.

Roblox Domino Crown are mostly limited items, but some were earned from the gifts or rewarded to the special users on Roblox. Currently, there are 7 major Domino Crowns. Those are 4 limited ones, 1 special edition that cannot be acquired through purchasing, 1 that was available as the timed item and 1 off sale version. Aside from that, there are also 3 spinoff crowns, one of which is currently available as the promotional code item. 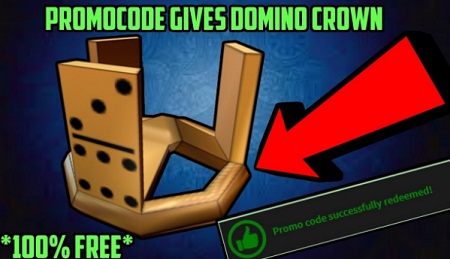 This paragraph will explain the details of each of seven main Domino Crown. The first one is the original one. The original one is called the Domino Crown. This one is the hat that was published to the Roblox Catalog by Roblox on June 5, 2007. This item could have been won as the prize in the Domino Rally Building Contest. There were only 13 awarded this item. The code of Roblox Domino original version is 1031429.

The second one is Red Domino Crown which was known as Red Domino. This one is the hat that was published in the Roblox Catalog by Roblox on December 17, 2010. The item came out of the Glowing Gold Gift of Superuser that itself was purchasable for 20,000 Robux. As per September 24, 2018, there are only 182 copies exist and the item has been favorited 9,163 times. The Roblox code of Red Domino Crown is 42211680.

The third one is Bluesteel Domino Crown. This one is the hat that was published in the Roblox Catalog by Roblox on December 22, 2011. Theitem came out of the Epic Builder Present that itself could be purchased for 25,000 Robux or gifted to users for the particular task. There are only 284 copies exist as per September 23, 2018 and it has been favorited 8,172 times. The Roblox code of this item is 68258723.

The fourth one is the Black Iron domino Crown of Interns. This one is the hat that was published to the Roblox Catalog by Roblox on August 24, 2015. The hat is the part of the Domino Crown series and is given out to each Roblox intern at the end of the internship. The Roblox code of the hat is 264611665.

The fifth one is called Tix domino Crown. This one is the hat that was published into the Roblox Catalog by Roblox on March 16, 2016, specifically for Tixapalooza. The item is the part of the Domino Crown series and it could have been purchased for 2,6500,000 Tickets until the item went off sale. As it went off sale, the Roblox code of the item is unknown.

The sixth one is Counterfeit Domino Crown and the last one is Festive Domino Crown. The Roblox codes of both items are 1560601706 and 2606192523 respectively. You can visit Wiki if you want to know more about them.