You may just heard that Breaking Point is one of best horror games and now you want to try to play it. But, you do not know how to play it and control the game. So, here we are going to give you some information how to control this game. 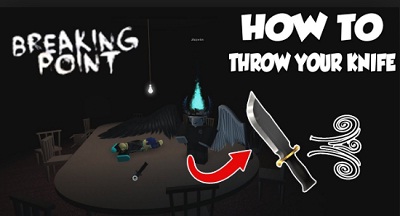 In this game, you are able to play it with other players since it is a multiplayer game. In the game, you and also other players will sit in a table trying to kill each other. The winner of the game is the last standing player. So, make sure that you can be the last player who survive there. In this game, several game modes are available such as Who Did It, Duck Duck Stab, Free For All, Juggernaut, Hot Potato, Russian Roulette, Everything, Musical Chairs, BP Pillars, Duel Vote, Breaking Point, Gunslinger, Kill Row, and A Turn For The Worst.

There are some tips that you need to know so that you are able to control the Breaking Point game. First is about Spawning. It is a very good thing to get kills in this game and to do that you have to simply look at the person beside you and spam the knife button really fast. If done right, they will die when they spawn. But, if you do this, the community will not like you. Then, it is about Chasing. If you are dealing with a player who is very bad at throwing his knife, a good play is to chase them. Chasing here means that instead of throwing your knife, you chase them and then attempt to knife them. Even though this is a good thing to do to new players, but you need to know that it will not work against an experienced player.