Breaking Point is one of horror games in Roblox which has been played by million people. If you like playing horror games, this game is recommended to play. Now, we are going to inform you about Animations in this game. You maybe need information about this.

In Breaking Point game, animations are able to change the sitting position of the player in game. Some animations like slouch, can permit people to be less visible providing an advantage in certain game modes like Breaking Point and Who Did It. 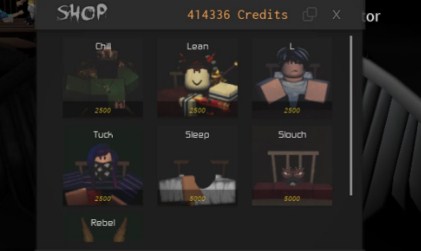 For you who do not know about this game, Breaking Point is a horror game which was created by Paradox on February 8th, 2017. When this article was being made, the last update of this game was on August 4th, 2019. This horror game can be played by 16 maximum players in each server.  Until now, this game has been visited more than  154.4 million times. This game has been favorited more than 1.3 million times and it has more than 445K likes. From these numbers, you can see that a lot of Roblox users like playing this game.

In Breaking Point game, you are able to play it with other players because it is a multiplayer game. In the game, players will sit in a table and they will try to kill each other. The winner of the game is the last standing player. In this game, you are able to find several game modes and those are Russian Roulette, Everything, Musical Chairs, Who Did It, Duck Duck Stab, Free For All, Juggernaut, Hot Potato, BP Pillars, Duel Vote, Breaking Point, Gunslinger, Kill Row, and A Turn For The Worst.