What ending that you ever choose in Airplane game series? Or you totally do not know the kind of ending in Airplane game series, do you? Of course, knowing the all endings in this Airplane series game is totally a must for you. This can be a parameter for you to choose the best ending of playing this game. So, are you familiar with the secret ending?

Before we go on explaining the secret ending in bundle, it is absolutely better for you to know about the game first. However, by learning and understanding about the goal of a game, automatically, you will get a step easier in playing it. So, how about the game and what make it so interested to play? 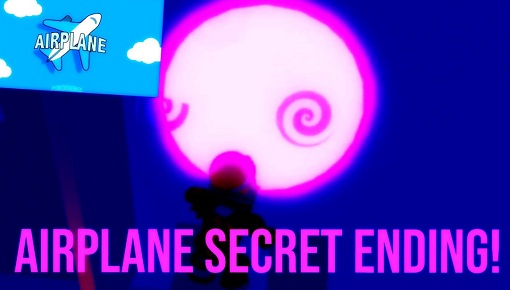 The Airplane is a game series that allow the player to be a civilian flight. The game actually focuses in telling a story of civilian flight after a vacation. This Airplane game is involved into a horror game-genre that is successful to attract the player. However, most of player really loves for the horror game. This kind of game offers the great challenge for them. So, it is no wonder if lots of Roblox player prefer this game than others.

This awesome game was created on August 2019 by Ponchokings as the creator of the game. This game has been divided into some endings with different goal. Need to know that every ending has a certain mission and different from other endings.

The characters of this game are divided into five roles. Here they are:

Then, talking about the secret ending, definitely we will focus on the story of game, how to access and the plot.

What is the secret ending?

Then, to choose this ending of the game, a portal will appear in the back right corner of the plane during the Snake Challenge. Then, entering the portal will lead to the Secret Ending, as a black space with Monster in the back.

How is the plot of this game?

This ending starts when the monster introduce himself as Ronald and talk that he was once a human too. Then, he said that he suffered a heart attack and died on a plane as the one player is on and the player is there.

The monster expresses his anger which none try to save him as well. Then, everyone moves on as if it did not happen. Then, the monster decides a fair trade for a soul and set fire to the players in the ending. Then, the story will end when Ronald say that it is not the end story.

Well, those are the topic about the secret ending that we can share to you. If you want to get the real ending, definitely you should try this ending. Good Luck!!!