John Doe is known as one of official test accounts together with Jane Doe. This account was made by David Baszucki as a CEO of Roblox and also co-founder of Roblox, Erik Cassel. On June 25th, 2005 this account was made even though the join date is listed as February 27th, 2006. For your information, the name of John Doe refers to an anonymous male and Jane Doe refers to female. Each of these accounts has user ID. The user ID of John Doe is #2 and the User ID of Jane Doe is #3. These two accounts are also famous in a lot of different fake ‘hacker’ stories in the history of Roblox and these names are also mentioned in a lot of clickbait videos. 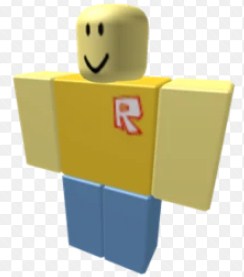 In the early era of Roblox, John Doe account was used by the administrators of Roblox to accompany users playing Roblox so no wonder why John Doe sometimes popped up in a game to say hello to everyone. When someone got into a game, the administrators would cease their current work and then join the game of player. It is known that John Doe account was last online on March 18th, 2016 at 6:04 PM. Before this last online, John Doe and also Jane Doe were last seen online on February 27th, 2006 at 3:06 PM, it happened when Roblox officially left the alpha testing stage. So, a lot of Roblox users thought that these two accounts were accessed by password guessers.

If you try to search the profile of John Doe in Roblox, you will be able to see that the account of John Doe has more than 211K followers and more than 2 billion profile views. The number of profile views is very awesome which means that a lot of Roblox players are curious about John Doe. Moreover, there are some rumors about John Doe and you can find the rumors and myths in the Roblox CreepyPasta Wiki.

According to Roblox Wiki, it is known that John Doe has user badges that were made in 2012 and accepted friend requests from users who joined in 2008 despite not having logged on to Roblox since 2006. This is one of the mysteries about John Doe in Roblox. Even, CloneTrooper2019 made a video addressing how John Doe got badges from his place due to a bug in the Roblox client which permitted users to get badges without playing a game at all.

Another rumor that spreads about John Doe is that John Doe together with Jane Doe would hack Roblox on March 18th and it made massive panic all over the game and the site itself. But, it turns out to be false later. Then, Roblox myth-busts the rumor in a blog post and updated the appearance of John Doe and also Jane Doe. Also, Roblox clears the friends list of both accounts, John Doe and Jane Doe.