How to Do Split Screen on Roblox

For the players of Roblox, have you been in the situation where you want to make the local co-op game with 2 players split the screen? How to do the split screen on Roblox? Is that the possible way to modify the camera to do this? Keep reading everything in order to find out the answer.

There are some opinions of the split screen. Some of the players stated that you technically could make the split screen by having two players share the use one camera and use Magnitude in order to find out how far apart they are and when they move apart, you have to zoom out.

What is Magnitude? Magnitude is the term to call the mathematical term that can mean several things. In the vector theory, it is the length of the vector. Apparently, Roblox has the special property for Vector3 and Vector2 values that finds the magnitude for you. 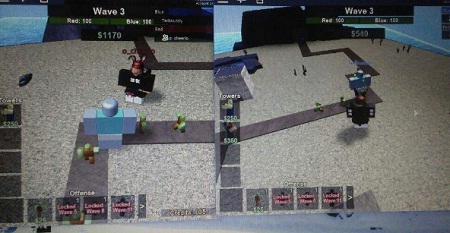 Some people also think that it currently impossible to make the split screen. As you probably know, each device can only load 1 Robloxian character. It means only one camera is present. Basically, you cannot create the new camera since Roblox prevents it and it would mess with the scripts.

Aside from that, some of the other people think that it is currently possible to be able to create the split screen game on the platform with the new feature named ViewportFrames, although there are no shadows and features are missing.

What is ViewsportFrames? ViewsportFrames is known as the object enables you to display 3D objects within 2D UI. This one is particularly useful for things like in game stores, 3D previews, modeling plugins, and many more. For the beta release, the object on ViewportFrame is only able to be used in the Roblox Studio.

There are two caveats that you have to take a note. The first one is currently 3D objects can only be displayed on the ScreenGuis or PlugGuis. Roblox will investigate expanding this to work in the 3D environment too. The second one is objects inside ViewportFrames are rendered using the fixed lighting setting. In the future, there might be more light settings released. Right now, there is no shadow or post effects are available. As for the Neon and Glass materials, they will be rendered on the lowest quality.

Related Post "How to Do Split Screen on Roblox"