Why Are Numbers Censored in Roblox?

Have you ever been in the situation where you try to post the training time for your group and the numbers and timezones always get censored? For instance, you post about tomorrow’s training at 6:00 PM EST and the shout appeared as (T)Training tomorrow at #### ## ###. When you chat, you cannot even spell out the word without it being censored. You are able to spell them out on the shout, but not on the chat. Basically, you cannot even use numbers in the game without it being censored. So, why are numbers censored in Roblox?

There is no exact answer of why are numbers censored in the biggest platform to play games named Roblox. Everyone has their own opinion. One of the most popular opinions is because the players will reveal the personal information, such as their age, their address, their phone number, and so on. Apparently, Roblox no longer permits under 13 users to say numbers so they are not able to give out their age, their phone number, their address, or the other identifying information. However, some account might still hashtagged even after setting the account to over 13. In this case, it is not about the age. For your information, there are some particular numbers and some specific games that will still be censored. 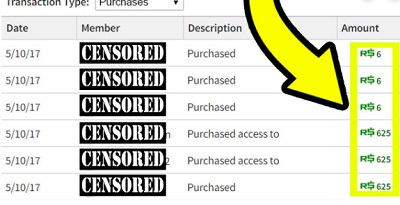 The developer of Roblox stated that any displayed text that the developer does not have the explicit control overs should be filtered. Generally, this usually refers to the text that the players have control over but there are a few other cases that are important to consider in order to make sure that the games are compliant with the Roblox filtering rules.

How to fix the issue of the censored number in Roblox? Until this time, there is no official method to fix this kind of issue. However, a lot of players have use some tricks to trick and handle this kind of situation. There is a guide that you can use. For instance, if you want to say “one”, you can just use “on” or “won” instead. for the number “two”, it can be replaced with “too”. How about number “three”? There is a word for a thing named “tree” so you can use this instead. Aside from that, you are also able to give a space between “th” and “ree”. So, it could be “th ree”. Using the space can also be used to refer to the other numbers. It is “fo ur” or “for” for four, “fi ve” for five, “s ix” for six, “se ven” or “see van” to minimize filtering for seven, “ei ght” or ate for eight, “ni ne” or “nien” for nine, “t en” or “tin” for ten”, and many more.

Feel free to use any alternative terms to refer to the numbers. There might be a case when the person that you are talking to does not understand with what you are talking about. In this case, it is better for you to explain it well.

Leave a reply "Why Are Numbers Censored in Roblox?" Cancel reply