Roblox Terminal Railways is the name of the games on the platform called Roblox. This one was developed by Zephyred, involving train simulation and directing. Please do not stop reading if you want to know the details of the game. 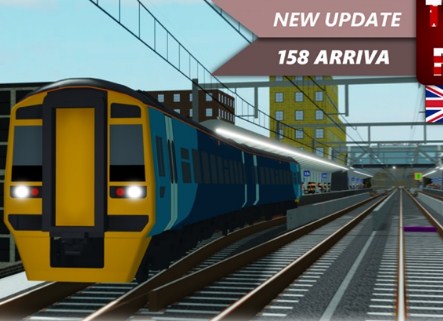 For the cars, they are no longer available in Roblox Terminal Railways and was removed sometime in early 2018 to late 2017. There were two kinds of cars in the game. The first one is Hatchback and the second one is sports car. The Hatchback was one of the cars that you were able to use in the game other than trains. This one had four seats which means it could carry three passengers, including the driver. Meanwhile, sports car was the small car that had a max speed of 140. This one was only able to carry only one passengers as there was only two seats, including one for the driver. Unfortunately, it seems like they will not be coming back as Roblox Terminal Raiwlays is the train based game. The only other option of transportation other than trains is teleportation. Some of the stations are Spring Hills, Rozlyn, Alyard West, Eldershire South, Northwell, Linshire, Linshire South, Alyard East, Oceanside, Eldershire Central, Rozlyn South, Bridgewater, and Victoria Fields.

Aside from the stations, there are also depots. These things will allow you to spawn trains to drive. Apparently, there are depots with different sizes raging from two to four tracks. The depots that you are able to find in the game are Eldershire Depot, Linshire Depot, Northwell Depot, and Rozlyn Depot. Eldershire Depot is the name of the three track depot found on the loop line or main line or old line. This one has been relocated to the new site north west of Eldershire Central as of July 1, 2019. It is the second time the depot has changed location, from the original one to just north of Eldershire Central, to the new larger depot in the July 1 Scenery Update.