The first carpet that you can find in the Roblox catalog is Rainbow Magic Carpet. This carpet was published into the Roblox catalog by Roblox on March 13th, 2015 and it can be bought for 700 Robux. Until July 30th, 2018, this item has been favorited 14,243 times and bought 32,865 times. Now, if you check this item in the Roblox catalog, this gear has been favorited more than 19K times. This gear can be used as transportation for your avatar. If you want to use it, you have to use the W, A, S, and D or arrow keys to control the direction. Your path through the sky will be tracked by a magical rainbow. The Roblox ID of this gear is 225921000. 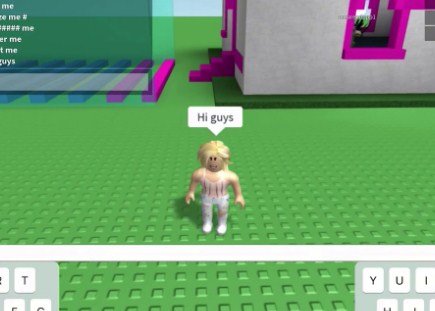 Next, there is Deluxe Rainbow Magic Carpet. This gear was published by Roblox into the catalog on August 11, 2016 and it can be bought for 750 Robux. Until February 13th, 2017, this gear has been bought 2,225 times and favorited 1,140 times. Now, this gear has been favorited more than 4.7K times. In the description of the item, you can read that this gear is a super sized magic carpet that can seat two players. The Roblox ID of this gear is 477910063.

There is also Flying Magic Carpet. This gear was published by Roblox into the catalog on January 27th, 2012. This gear permits you to fly for 40 seconds. During you fly,  it has sparkles while the carpet makes waving animations. This gear can be bought 700 Robux and in the description section you are able to read that this carpet can make you fly through the skies of Robloxia. Now, this gear has been favorited more than 3.2K times and the Roblox ID is 71037028.

Another magic carpet in the Roblox catalog is Sinister Flying Magic Carpet. This carpet was published into the Roblox catalog on January 10th, 2013. Same as the Flying Magic Carpet, this carpet also can make the user ride and it will make white sparkles as it flies. Before the gear resets, you are able to fly for 40 seconds. This carpet costs 750 Robux and now it has been favorited more than 1.5K times. In the description section of this item in the item page, you are able to read that dark magic gives this carpet the ability to fly. You are able to use it to fly high above other Roblox players. The Roblox ID of this gear is 103235041.

If you want to look rich, you can buy Golden Magic Carpet. This carpet is gold and it costs 500 Robux. Now, it has been favorited more than 3.2K times. You are able to ride it through the skies of Roblox. W, A, S, D and arrow keys can be used to control the direction. The Roblox ID of this gear is 1016183873.