Now, inappropriate games may still be able to be found on Roblox. Actually, this kind of game is not allowed in Roblox since it is inappropriate for kids and even for adults as well. Inappropriate games are usually games with sensitive content such as bullying, obscene things and more. This game can be dangerous because it can danger the kids who play it. It can give bad effect to the way of thinking of the kids who play it. In addition, several games which are inappropriate can also generate Oders (Online Daters). As you know that online dating is not permitted in Roblox. It is because Roblox is an online gaming platform but not place for dating. You need to know that Roblox is not your place for getting girlfriend/ boyfriend. 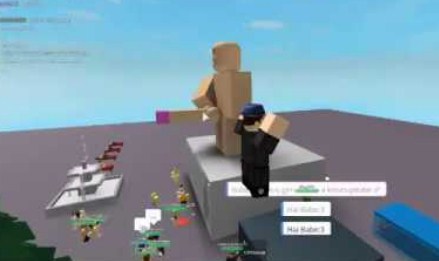 It seems that not all contents in Roblox appropriate. There are some naughty players who create something on Roblox negative but Roblox does not realize it when they filter it. Or at first, people make a positive games and then after it is released, they do something negative in the game so that the game which firstly positive, then become negative because the people fill the inappropriate activities there. If you find something like this, you have to report it since it is not good for everyone to play.

You can report the person or the content about inappropriate things. If you want to report a whole game since it is inappropriate, you are able to use the red Report Abuse button and you can find it in the lower right-hand corner of the Description box. Report Abuse button can be found in this location both on the site and mobile app. Then, you will be directed to another page where you are able to fill out the report form and then the green Report Abuse button must be hit. If you want to report other assets, you must click on the button which come up like three dots in the upper right hand corner of the item’s information box. Then, you need to click on Report Item and then fill out the form. After that, you have to hit the green Report Abuse button.