AviaDan is the name of the owner of LeMonde Airlines. This one is also more known as Mrlemonde23. His real name is Daniel Einfeldt. This article is mostly about AviaDan and his thing called LeMonde Airlines.

As stated before, LeMonde Airlines was found by AviaDan. For those who are not familiar, LeMonde Airlines is the name of the airline based in Germany. The airline started operations in 2014 and now has more than 11000 members and still growing quickly. It is known for its amount of members, friendly staff and ever expanding fleet and amount of airports. 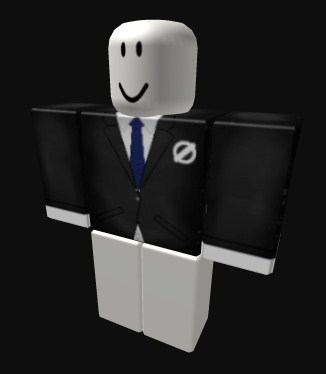 LeMonde Airlines began in 2014 with not many members and airports, most known being Hannover Airport. The first livery of it was quite strange. It was a grey fuselage and a few stripes on the tail and one in the bottom of the fuselage. A lot of popular people among the Roblox aviation community were not fond of the airline, due to them using free modelled aircraft, poorly trained staff and bad building skills.

In 2015, LeMonde Airlines started improving quickly by firing their poorly trained staff. They hired the new staff members and trained them alot better than before, which increased the quality of service. that was when the airline also decided to stop using the aircraft of yrrebRBLX and began to use aircraft that were made by their own developers and brand new airports. Aside from that, they also introduced a brand new livery which has teh white fuselage and 3 iconic colored striped in the back of the plane. The member count of the airline started growing steadily and passengers became more satisfied with the service. All the good things made the reputation of the airline started to improve quickly.

At the beginning of January 2016, the group was informed of the death of the HR in the airline called Lucas. The man was shot in a store in London, or had a heath attack. There were a couple of theories. It turned out to be a hoax which was made up by his girlfriend, since the two had broken up. Everyone was angered about it, so his ex girlfriend said it was fake all along.

In July 2016, LeMonde Airlines opened a new airport called Munchen International Airport. The first class user of the airport named themselves “AviaDoge” so that effected when AviaDan used commands.

Two years later, AviaDan announced that he would be stepping down from LeMonde on the 1st January 2019 due to the deteriorating state of the Roblox aviation community, later confirming that the airline would shutdown with his resignation.

On July 25 2019, LeMonde Airlines announced on their official Twitter page that they are developing the new and intelligent system for flights where staff are able to easily access and hand out all tools, communicate with the other members of the staff through group chats and shows all information staff need for flights. Aside from that, they also added that there will be a version for passengers as well.