Skip to content
MENU
Homepage / Roblox / How to Make a Dominus

As we know that the prices of Dominus series are very expensive. When you check your Robux, you probably think that it is impossible to buy Dominus but you really want to have it. Do not be sad, dude! You are able to make your own Dominus. 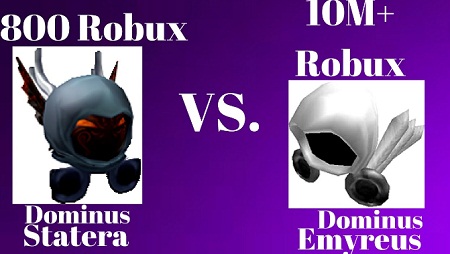 If someone has a Dominus in the current day, it usually signifies that the person is very rich in terms of Robux and also it makes other players envy because of their rarity, prices and general aesthetic. Are you also envy to them who have these Dominus? Well, you are able to make your own Dominus without having to be rich. Even though it is not real Dominus, but it looks like real and you will be amazing if you wear it.

Each of these videos has different methods for making Dominus. In the video of ROBLOXMuff entitled How To Make Your Own Roblox Dominus, you are able to see that the first thing to make your own Roblox Dominus is searching up Blind Rogue in the Roblox catalog and then buy it. Blind Rogue costs R$ 30 so if you want to buy it, make sure that you have enough Robux. After you buy it, put it on your Roblox avatar.