If you like playing the game of Bee Swarm Simulator, you may will be familiar with a thing named Glitter. It is a crafting item that used to craft accessories. You are able to use this glitter to give you +100% Pollen in the field you are standing in boost for 15 minutes. Besides, it is also required as an ingredient for crafting Star Jelly.

For your information, the Gummy Mask, Gummy Boots, Bubble Mask, Beekeeper’s Mask, Crimson Guard, Cobalt Guard, and the Diamond Mask each require differing amounts of Glitter to be purchased. You have to note that glitter has 15 minute and 5 second cooldown between uses. Of course, this is to prevent the user from stacking the item’s buff for one field. However, Glitter cannot be used in the Ant Challenge Field that attempting to do this will result in the following message: “You can’t boost a challenge field”. 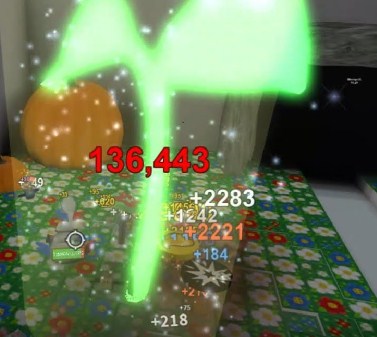 WAYS TO GET THE GLITTER

In addition, you need also to know some places you can go to get the glitter.