Codes for Build a Boat for Treasure Roblox

On Roblox, there is a game that allows you to build a boat for treasure. Apparently, this game is highly popular among Roblox users, especially veteran Roblox player. Which makes the game gorgeous, it is because completed by any codes and tutorials that make the users easy to build a boat.

Before you are so excited to get codes for Build a Boat for Treasure Roblox, it is better you to know a brief information about this game. On Roblox, the game of Build A Boat For Treasure has been favored by users for about 2.1 million favorites with 382.6 million visitors until now. Firstly, this game is created on November 2, 2016 with the newest updated on July 9, 2019. Its developers, Chillz Studio emphasized that this created-game will attract tons of Roblox users to play. Evidently, their great hope comes true in which they have 22.983 edits 10.5k players and 326 pages at all. Which makes the game more adorable is to offer an Adventure genre that is favored by lots of Roblox players. The game provides a maximum of seven players. 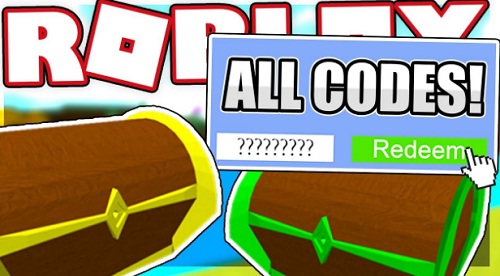 Here, we share some valid-codes to build a boat for treasure completely in the text below!

CODE =D. This code can be called as oldest codes than others. It was released on August 26, 2018. If you redeem this code, you will achieve Gold as the main currency in Build A Boat For Treasure. You absolutely can use this code, even it is still valid until now.

CODE: =p. This code was released on August 26, 2018. Certainly, you will get Gold if you redeem it before. Until now, this code is exactly as valid.

CODE: hi. This code was released on August 26, 2018. Absolutely, you will receive Gold after redeeming this code as well.

CODE: squid army. Those codes were released on August 27, 2018. If you redeem this code, in full you will get twenty two Gold and twenty two Ice at all.

CODE: chillthrill709 was here. Those codes were released on September 27, 2018. You can get one Firework of you redeem this code.

CODE: 50fabric. This code was released on July 6, 2019. You absolutely can achieve Fabric after you redeem this code. Until now, this code certainly is valid.

CODE: 1M Members. These codes were released on July 7, 2019. If you redeem these codes, you exactly can receive Ultra Thruster, Balloons, Cake, Neon Block and also Pink Candy.

CODE: (This is for codetc). Those codes certainly were released on July 10, 2019. You in full will get Cake, Balloons, Pink Candy, Heart Block and Plastic after you redeem those codes at all. You surely can use those codes because it is still valid.

CODE: Fancy Dino. These codes were released on July 11, 2019. If you redeem those codes, you greatly can get Grass Block, Cake, Magnet, Hinge Block, and Super Fireworks. Those codes can be called as newest codes have made and absolutely still valid.

Related Post "Codes for Build a Boat for Treasure Roblox"