Roblox CFrame or Roblox Coordinate Frame can be described as the data type used to rotate and position 3D objects. This one contains global X, Y, and Z coordinates as well as rotation data for every axis as either the object property or the standalone unit. Another fact is CFrame contain the helpful functions for working with objects in the 3D space. 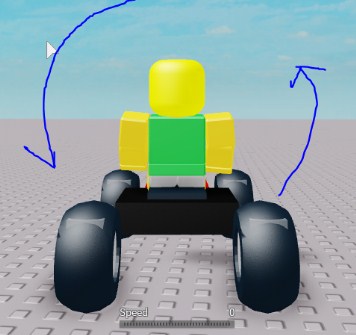 Roblox CFrame from Euler angles relates to CFrame.lookVector. this one is the unit vector with a magnitude of 1 that points in the direction the CFrame is facing. Actually, the CFrame has three more of those lookVectors, except instead of pointing in the forward direction, they point to the right, top and back of the CFrame. All those verctors, the one positional verctor, and the three directional ones, the right verctor, top vector and back vector, are able to be acquired through a thing called CFrame:components().

Please take a note that the Right, Top, and Back Vectors are not positions of the centers of the faces on the Part. They are named as directions, not positions. Do not forget that the three directional vectors are unit length. Another thing to take a note is that the Position is the same as CFrame.p, and if it is in the Part, then it is also equal to Part.Position.