The Stalker Roblox Tips and Tricks

The Stalker is known as the very military based combat game where you are playing as the combine soldier fighting the mysterious enemy named The Stalker. Apparently, The Stalker appears to be the transparent monster which seems similar to the Beast from Darkness 2. If you want to ace the game, are some tips and tricks that you can take a note.

The game called The Stalker includes hats, weapons, upgrades, gear, and suits to go with the character. In the lobby, if you want to start the game, you must vote the map. Once the map gets selected to be played with, the dropship arrives. When the 4 players enter the dropship, there is 30 seconds left until the dropship teleports you to the selected map. 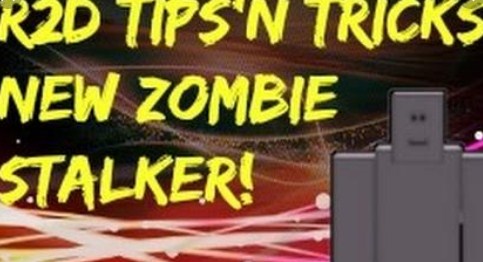 There is a thing called possession which can be described as the abilities to used by The Stalker. This one will allow you to Resurrect dead combine, as long as they are not gibbed. When you use it, the distinctive laser sound will be able to be heard. After resurrecting the ability, the NPC will be spawned that will damage the other Combine when the Hotbox of NPC collides with the Combine’s.

Here are some tips of power ups: possession:

This paragraph will talk about the details of The Stalker. The Stalker is the name of the main antagonist of the game. this one is dark, transparent and tanky with a lot of speed. He is the one character that will hunt down the combine soldiers. When you play as him, the place will look a lot less darker from your view compared to combined soldiers without flashlights. Furthermore, The Stalker has 300 health, and his default abilities are telekinesis and wall grip. You are able to get the new abilities for him but you will not able to get hats or any cosmetics or accessories in order to go with him.