Roblox Wild Savannah or well known as W.I.P. in short, actually it is not mean to be the role playing game in Roblox, but it is the survival as the wild animal in the savanna. Based on the research, it was created by LudicrousCunningFox on March 10, 2015. Then, it was updated on July 6, 2019. Currently, it has been played by 383, favorite by 265,550, and visited by more than 25M. 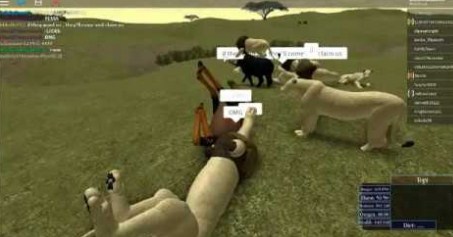 In this time, there is only one reptile in Roblox Wild Savannah. It is Nile Crocodile. But, there are several upcoming reptiles such as Nile Softshell Turtle, Red Headed Rock Agama, Black Mamba, Nile Monitor Lizard, and Rock Python. Talking about reptiles, you have to know that all reptiles have two features that cold bloodedness and scales. For your information, the Cold bloodedness means that in the morning, they have to sit in the sun for hours on end to warm up. Then, all reptiles posse some form of scales on the body. It is in the cases of the lizards and snakes are going to shed from time to time.