The Traffic Cone hat is one of accessories in Roblox which was published on August 3rd, 2007. This hat was first sold for 275 tickets and then 650 tickets and finally 1,000 tickets in 2008. On August 6th, 2013, it went off sale for a short period of time for reasons which are unknown. After the removal of tickets, then it went off sale again. Usually, it can be bought during special sales for 80 Robux. Until February 18th, 2019, this hat has been bought for more than  130,057 times and favorited more than 20,000 times. 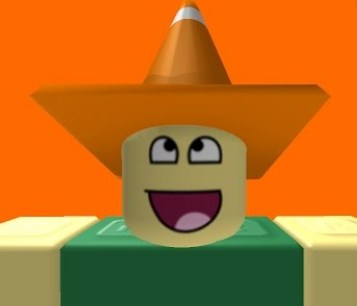 Now, this hat cannot be bought anymore. Based on Roblox Fandom Wiki, this hat was available on August 3rd, 2007 to April 12th, 2016. The appearance of this hat is like a traditional styled traffic cone which sits on the head of the wearer. It is orange and has a white reflective yield on the top. This is an original one and there are still more Traffic Cones that you can find in Roblox because this item is a series.

The other variants of Traffic Cone Hats are:

Besides those hats, there are also the remakes of them and those are Sparkle Time Traffic Cone, Futurcone, and Corrupted Future Cone.