Group is one of the features on Roblox. This one was created in mid 2009. All the Roblox players are able to create or join the groups that feature their own interests, and all the groups are able o have virtually the infinite amount of members. Please keep in mind that each player on Roblox is allowed to join groups. However, only the members of the Builders Club that are allowed to make groups. For your information, creating a group costs 100 Robux.

All the groups on Roblox can be set either private or public. If it is private, the join request of the player will be considered as “pending” until the group admin approves or declines their request. If it is public, all the players are able to join the group without manual approval. 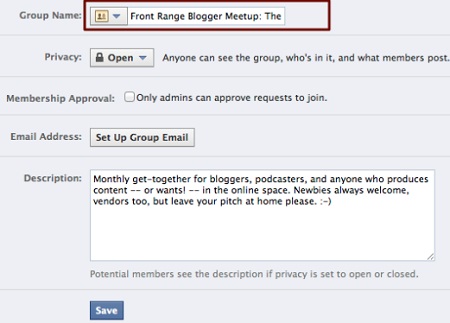 There are some ability for users related to the group. Some of them are advertising the group and making the group games. How about changing the group name? Can you change the group name? This topic has been discussed a lot. Currently, there is only the ability to change the username with the price of 1,000 Robux. There is no feature to change the group name yet. When some Roblox players think that the feature of changing name is needed, some other ones are not so sure. The main reason behind it is they are afraid everything could go wrong. The potential problem might occur when talking about changing the group name. For example, let’s say there is a group named A. This group had about 50,000 members join it. During the time, that group advertised itself as the fan club for a certain popular game. Then, the owner renames it to something that changes its purpose from the fan club to something like the war clan. Those 50,000 members who have joined the group were mislead into joining what they thought was the fan club but are now part of the virtual military. Basically, there is always a hole for some irresponsible people who abuse this feature. Some people believe that the bad think can be prevented by making this changing he group name more expensive. Some others suggest to give players a limit on how many re-name changes could happen. However, the bad thing might still happen even if there is a strict rule.