Is Roblox Actually Shutting Down in 2020?

You may be one of people who heard news about Roblox will shut down in 2020. It seems impossible because now Roblox has millions fun games and also millions players and developers. However, is Roblox actually shutting down in 2020? Let’s find out the facts.

Players in Roblox began freaking out after there is a claim which says that Roblox is shutting down on March 22, 2020 and it went viral. Allegedly the guys behind Roblox are not able to afford to run their servers anymore. This weird claim since Business Insider reported the property was worth $2.5 billion in May. Another reason of shutting down is claimed also because of overpopulation. The claim began on the site react2424 with an article which has title ‘Roblox Servers Will Shut Sown 2020’. You would think people would notice the misspelled word in the title named ‘down’. If the title is not enough of a hint something is off, the article is made up of one short paragraph which full of grammatical errors. 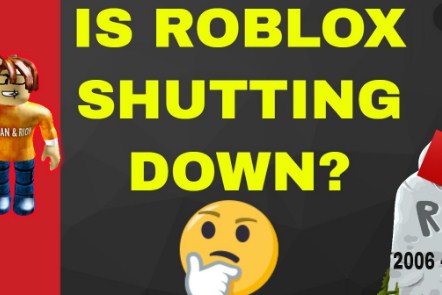 Then, if you go on scrolling down to the bottom of the page where this news was published, there is an about section reads that the website is an entertainment website, jokes are created by users. In addition, it is also written that these are humorous jokes, fantasy, fictional which should not be seriously taken or as a source of information.

This news has been shared more than 80,000 times even though everything pointing to the article is a prank. Also, Roblox players have been panicking on the Twitter account of game. Until now, Roblox has not responded to the prank article but we can say that people do not need to worry about the game shutting down in 2020.

A Roblox user on Quora says that Robox has been incredibly popular over the years and it is growing now. So, there is no reason or way that Roblox could be closed unless it broke the laws so greatly that the purging of its existence is a must. Another Roblox user also says in the same forum that Roblox is very popular game and have a large fanbase so its fall will be unlikely since it will be a matter of millions pf player. In addition he also says that shutting down the Roblox community is getting worse so the game technically dying. There are a lot of scammer and hacker currently and more games are requiring a pay and also have a big fanbase. From this perspective, it is not enough to prove the fall of Roblox.

So, now you can enjoy Roblox without having to worry again because the news about Roblox will shut down is just a prank.

Leave a reply "Is Roblox Actually Shutting Down in 2020?" Cancel reply