If you are playing Ultimate Driving: Westover Islands, now you may be looking for the codes for playing music in the game. Well, we are going to inform you some music codes that you are able to use in the game so read this until the end.

Ultimate Driving: Westover Islands is a game in Roblox which was created by TwentyTwoPilots on June 25th, 2011. When this article was being created, the last update of this game was on October 14th, 2019. Now, this game has been visited more than 106.6 million times and has been favorited more than 772k times. This game is able to be played by 22 maximum players in each server. 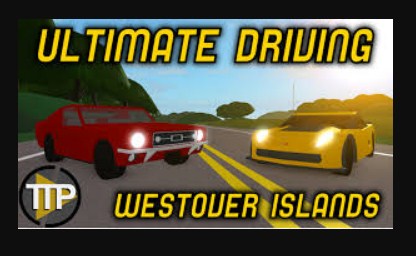 A lot of game passes that you are able to buy in this game including:

Ultimate Driving: Westover Islands is the most popular driving game in Roblox. This game takes place on the small series of islands and the islands known as the Westover Islands which is located along the coast of the state of Delaware.

The map in this game contains of three large towns including Westover, Palm, Shores, and Kensington and also there are two smaller areas including Woodburry which is a small village and also South Beach which is a modern seaside neighborhood. Also, there are the other locations that you are able to find in this game including the forest that covers the center of the main island and also the Cape Henlopen state park.

Now, you may not be patient to know the codes that you are able to use in the game. You can use the codes below and here they are.

Well, you are able to try to use these codes above to listen to the songs. You are able to buy the Radio Pass which costs R$ 40. By having this Radio Pass, you are able to jam out with your friends to your favorite tunes while you are driving. The features which are available in this game pass are the ability to use car radio and you are able to input the last 9 or so digits of a sound’s link into the GUI.