Playing Plane Crazy in Roblox, the players are able to make their own crazy vehicles, boats, car, planes, trains, rockets, drones, or a combination of all of them. One of the vehicles that they are able to make is Helicopter. So, it is important for them to know how to make it. 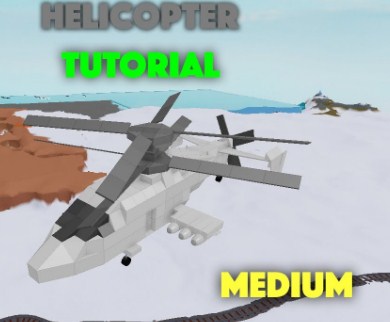 Now, set the speed of all the bottom motors and then place 1 x 4 wing panels all around and 1 x 2 wing panels on the ends. For the top motors set the keybinds as E Q with lock on. Then set the speed of the top motor to 0.1. Repeat the wing panel layout. Make sure that the bottom motor is not powered. Besides, you also have to make sure that reverse thrust is on for the jet engine and the propeller engine is W S.

You can watch the tutorial of making Helicopter in a video of Point entitled Roblox | Plane Crazy | Simple Helicopter Tutorial *Motors Broken*.