In Roblox, there are not only the games but also the group that you are able to join. Usually, the group is related to the game in Roblox or it related to something about Roblox like Robux, exploits, and many other things. There are lots of game genres such as adventure, horror, town and city, sport, RPG, sci-fi, military, and more. Therefore, there are also some groups based on genres like military.

You may open this article to find out the information regarding the best military groups in Roblox. If so, you have opened the right article because here we are going to discuss about that. Once you search on Roblox, you will be able to find lots of military groups. Usually, the groups are used by member to get information, make friends, share and discuss about game and more. Even, in the group, the member also is able to ask anything regarding the game. Of course, it is very interesting when we can get information about the game we liked. 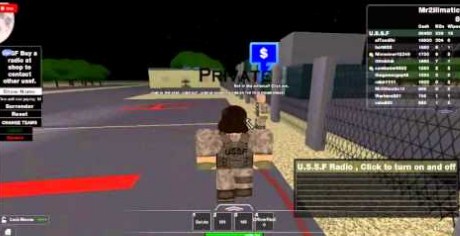 This is one of the best military groups in the platform of Roblox. The group of Largest Military has around 1,100,000 members. For the time, the group has lots of owners and today it owned by a user Roblox named Doeke. He took over ownership in December 2018. Based on the research, the group is known for having high technology and being successful in many wars.

This is a best military group that owned by Polymorphic. Currently, the group has 330,000 members.

This group was created by SONICTHEHEDHOGXX. Currently, the group has 210,000 members.

This group was created by mnotaguestimagirl. Currently, the group has 120,000 members.

The leader of group is Pieperson50. Currently, the group has 120,000 members.