If you try to search Wild Forest games on Roblox, you will find some games. First, there is a game named Wild Forest (WIP) which was created by Prestosuchus on March 29th, 2019. When this article was being created, the game was last updated on June 15th, 2019. This game can be played by 100 maximum players in each server and now it has been visited more than 45.6K times. This game has been favorited more than 1.5K times and liked by more than 380 Roblox players. 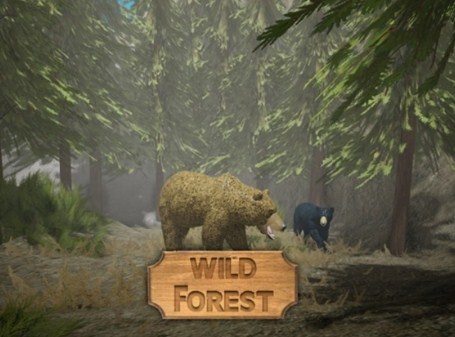 To be able to play this game, you surely need to know what the about is and what the goals of the game are. Wild Forest is an open world survival game from being a crow to being a prey like a boar to a predator like the bear. The game is simple to play. You have to improvise, adapt and overcome. This game is supposed to give you a realistic game play as the animals that are in the forest and it is to be hunted or the hunter. This game is still in alpha so you have to understand about the bugs which probably will happen in the game.

It is important for you to know that this game is not a role-playing game but it is a survival as a wild animal in the forest. If you want, you are able to role-play but you have to expect to get killed if you do that. So, if you want to role play in the game, do not complain.

Another game entitled Wild Forest is a game which was created by LudicrousCunningFox. This game was created on February 14th, 2016 and the last update of this game was on November 26th, 2018. This game can be played by 20 maximum players and it is categorized into an adventure game. Now, this game has been visited more than 7.1 million time. Besides, this game has been favorited more than 85K times and liked by more than 28K Roblox players. This game is a survival game and in the game you have to survive as a deciduous forest animal from the Americas or Europe. But, you can see in the description section that this game will not be worked on for a while.