Who is the Founder of Boho Salon

One of the most popular Roblox games is called Boho Salon. Boho Salon is known as the role playing group. This one is popular for its main game Boho Salon V3 and its rapid growth in late 2016. It hit the front page and earned more than 300k members in the span of a few months, that caused people to speculate that they had botted members. Who is the founder of Boho Salon?

The founder of a game called Boho Salon is Lalakiela. In May 2017, an unknown user compromised the account of Lalakiela, giving them full access to Boho Salon. After stealing all the limited items, the hacker proceeded to derank High Ranks of all of the group, change the group owner, and delete many of the assets of the Salon game. in the end, Boho Salon lost more than 100,000 members during the time, and a lot of people think that it was the result of the hackings. 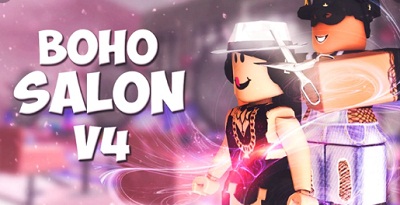 Fortunately, Lalakiela was able to recover both her account and Boho Salon before any further damage could be done. However, a lot of people say that the incident has caused the quality and popularity of the Boho Salon to decrease long after it took place.

During the rise to fame of Boho Salon, people used to be heavily skeptical of how it earned it’s popularity. Some of them believed that many of the members were alternate accounts, or lats, that led people to investigate the situation further. One of the people were Youtuber called SkeletalRealty, who claimed to have found evidence of the use of alts of the group. Despite all of the evidence against the owner of Boho Salon, she denied all of the allegations made against her regarding the situation.

Aside from that, people also discovered that Lalakiela was possibly conducting Robux scams. Some events such as Christmas Festivals, that were thought of and handled by Lalakiela herself, needed something named “tickets” to enter. Actually, all tickets were T-shirts that users had to buy with Robux. however, a lot of people claim that those events never ended up happening. It means people wasted their Robux on the T-shirts of no value. If it is true that those events never happened, the owner of Boho Salon technically scammed users even if she did not originally intend to do so. However, she claims that the events did indeed take place.

Related Post "Who is the Founder of Boho Salon"