Sunglasses in real life can be worn to protect your eyes from the sunlight. Also, sunglasses can make you more awesome as you can do in Roblox for your avatar. A lot of sunglasses that you are able to find in Roblox ranging from the cheap ones to the expensive ones.

Here, we are going to describe some sunglasses in Roblox catalog completed with the code of each sunglasses and you can consider which sunglasses that you want to buy. 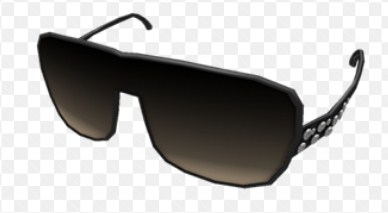 If you like something related to princess, then Princess Sunglasses can be perfect for you. The  color of this sunglasses is pink. There is a crown along the top part of the glasses. It was published on June 1st, 2010 and it costs 1,500 Robux. Until February 11th, 2017, it has been bought 188 times. Now, it has been favorited more than 1,000 times. The Roblox code is 28118772.

It is like the normal sunglasses that you often see in the real life. It was published on August 30th, 2019 specifically for the Labor Day 2019 sale. The price is 100 Robux and as of August 30th, 2019, it has been bought 80 times. Now, it has been favorited more than 2,700 times and the Roblox code is 3756428149. For your information, it is a part of Forehead Sunglasses series so there are still more variants of these sunglasses including White, Red and Blue.

Well, from the list of sunglasses above, which one do you want to  buy? Actually, there are still more sunglasses that you are able to find in the Roblox catalog. In the list above, we just review some of them. So, happy shopping!