How to Get Aquarium Hat on Roblox

You may have seen an Aquarium Hat in Roblox catalog. Or, you may have seen that it was worn by other players in Roblox. As you are able to see that this hat is very unique. The head of your avatar will be in the aquarium when you wear this hat like fish and decorations in it. So, can we get this hat now? How to get this hat?

Unfortunately, now you are not able to get this hat anymore because this hat was able to be gained through Atlantis event in the Sharkbite game. You are also able to see in the Roblox catalog that the BUY button of this hat is not active and it means that this hat cannot be bought as well. But, we will inform you about this hat and also how to get this hat in that event. 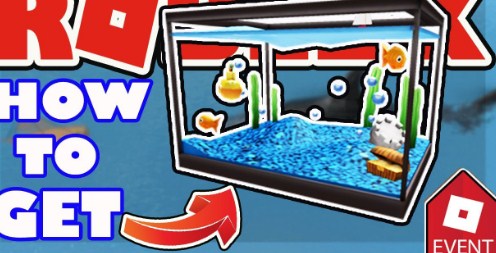 The look of this hat is very unique which is a clear box aquarium filled with blue pebbles, some fish and decorations. This Aquarium Hat was published by Roblox into the Roblox catalog on April 6th, 2018 and this hat was able to be obtained as a prize during the Atlantis event. The Roblox ID of this hat is 1599022750. This item has been favorited more than 10k times. In the description of this hat, it is written that with this hat it can  officially declare the age of aquariums! Then, it is also written that now let the sunshine in as you party on to the seventh house. This hat was available in-game on April 17th, 2018 until May 1st, 2018.

How to Get Aquarium Hat

How to be able to own this Aquarium Hat? First, it is important to know that the Atlantis event is a sponsored event on Roblox. This event was begun on April 17th, 2018 and ended on May 1st. In this event, there were six prizes to get which were able to be found in three different games. The games were Tradelands, Disaster Island, and Sharkbite. If you wanted to get Aquarium Hat in this event, you had to be the first person to get the treasure chest during the Chest Chase round in the game of Sharkbite.

You are able to watch these videos as entertainment since the event now has been ended. So, if you cannot get the Aquarium Hat, make sure that next time when you find unique hat, get it soon.

Related Post "How to Get Aquarium Hat on Roblox"