How Much Money Do Roblox Developers Make

One of amazing things on Roblox is that Roblox developers can cash out which means that they are able to get real money from Roblox by exchanging Robux that they have by using Developer Exchange program. On Roblox, there are a lot of developers. Then, how much money do Roblox developers make?

In 2015, Roblox reported that there were 6 million monthly players and most of them between the ages of 15 and 22 across Mac, PC, iOS, and Android. Hundreds of developers brought at least $250 a month selling items and upgrades in their Roblox games and the ecosystem overall produced $2.5 million for creators. 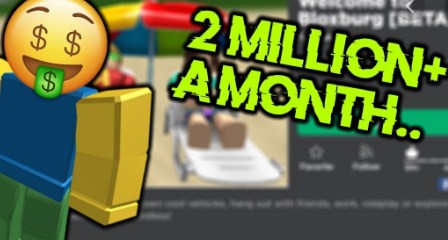 Then, in 2017, Roblox has about 56 monthly players. It was an increase of 50 million over 2015 and it was added Windows 10, Xbox One and Oculus Rift to its platform repertoire. The top echelon of Roblox developers pulled in more than $100,000 month and two creators were poised to make more than $2 million in that year. So as a whole, in 2017, Roblox was on track to pay out $30 million to its developers. Of the 56 million Roblox players, 1.7 million were creators and each of creator could technically earn up to $1.05 million per month.

Quoted from Roblox News which was published on August 12, 2019, at RDC which is fifth annual developers conference, Roblox now brings more than 100 million people together through play and unveiled the community was on pace to earn $100 million in 2019. So, the company introduced a suite of tools to be able to empower its global community of creators to be able to build and more easily collaborate on Roblox. The top Roblox experiences can achieve more than 100,000 concurrent users and 1 billion plays. Roblox are committed to supporting their creator community with the tools and resources they need to realize even greater success.

Not all developers can cash out in this program. There are some requirements that you have to meet so that you are eligible to cash out. Some of the requirements are as listed below.

If you meet all of the requirements, you will be able to see a Cash Out button on the DevEx page. If you want to cash out, click on that button and then follow the instructions to be able to get your payment started.

Related Post "How Much Money Do Roblox Developers Make"