In this article, we are going to share some Blood and Iron tips. So, if you are looking for some tips of Roblox Blood and Iron, you are able to read these tips below.

How to use the Cavalry Sword? This sword has two attack positions, the upper right slash, and the stab. The stab is triggered by looking down and pulling back your sword, letting it go to unleash a stab. This position is mainly for attacking cavalry horses and infantry units. The upper right slash is the vice versa of the stab that slashes the enemy on your right side. This is particularly useful for giving enemy cavalry a blow on their heads. If you had the wrong position for the wrong type of enemy, quickly release your attack and then keep trying to get the right one until you have succeeded. 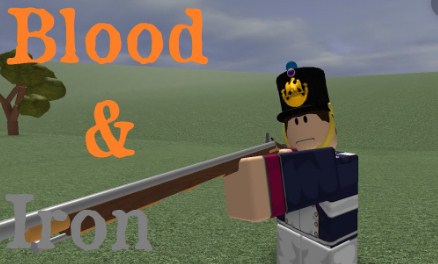 When you are attacking other types of cavalry like dragoons and lancers, you have to try and chase them from their left and striking them. This is only for the hussar as dragoons and lancers are slower, but a lancer can attack a dragoon. If you have done correctly, this can disable a cavalry unit. Simply, maneuver to their flank and slide into their left and begin slashing.

If you are a dragoon, perhaps you are not fit for combat, slow and vulnerable. You can go by the flank of the enemy either defend yourself or wait. When the main force of the enemy and your team engage the time to strike will be occur, so this will disturb enemy order and communication and send the army into chaos. In this case, if your horse dies, so you should join the main force. One more tip, you can take pop shots by using the dragoon class. Just dismount and quickly draw and fire at the enemy. Then, if you have fired, please ride away.

If you are a hussar, you have to remember that the most dangerous things are cannons and riflemen. So, they have to be kept as a priority. You can try to single out riflemen on your flanks because usually as they are in mall number. You need to wait until there are no other units especially if they have ranged capability. Then, easily flank them.

You have to give a great damage to horses, so you should not be always attacking infantry. A great advantage you have over the Hussar and Dragoon is your longer reach with the lance lets you attack in front of the horse rather than the right side. Of course, it can kill a Hussar horse and maim the Dragoon horse instantly.

Please do not charge straight at a certain guy who is got their pike or musket pointing at you. Besides, you do not try to be a hero because that is the same thing as suicide especially if you are riding a small rouncey. Instead, that guy’s vulnerable back is your best bet. You are able to circle around him to get his back, or pretend to go for other people and come back to attack again.